Comparing Grassfed Beef to Grainfed Beef,
and why it should matter to you! 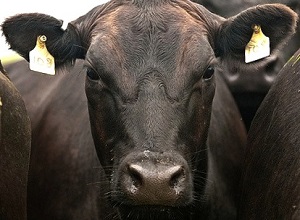 The expression "you are what you eat" also matters to cattle. Although grassfed beef and grain fed beef are both produced by cattle, the difference between a grain-rich and a grass-rich diet has an enormous impact on the digestive processes that cattle use during digestion.

And that difference doesn't just stop in the cattle's stomach. It affects their health. And it affects the kind of beef they produce.

Which ultimately affects you!

Although beef from a grain-rich diet may look and taste nearly identical to grassfed beef produced on a diet rich in pasture grasses and legumes, the nutritional profiles of grainfed and grassfed beef are very different. And that in turn affects your health, because you are also what you eat...

Digesting Plants: the difference between grass and grain

Grain and grass are both natural products, grown in a field. They are even part of the same plant.

We call it grass while the plant in its growing, immature stage. We call it grain once the plant reaches maturity and draws all the nutrients back out of the stalk and leaves in order to produce a seed head.

Even corn, wheat, oats, or barley are grasses if they are grazed before the plant sucks the nutrients out of the stalks and leaves in order to create the seeds.

However, while grass and grain can come from the very same plant, they are harvested (by the grazing cow or by humans) at very different stages of the plant’s maturity. This difference in plant maturity at harvest has an enormous impact on cattle digestion. 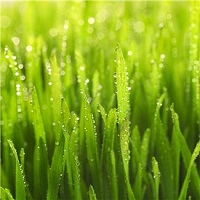 Cattle evolved to take advantage of grass. Their rumen (the first of their four stomach chambers) is filled with microbes and enzymes specifically designed to break down the tough cellulose structure of grass, allowing cattle to extract proteins and carbohydrates from grass.

You or I would starve to death if we tried to eat grass. Our stomachs were not designed to deal with cellulose. But a cow is a cellulose-busting machine, perfectly tuned to be able to turn grass into energy, fat, and meat. 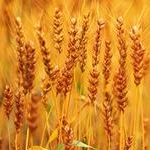 The grass-digesting microbes in the cow’s stomach are not able to crack the tough outer shell of grain and extract the nutrients from it. That requires a totally different set of microbes, which are only present in tiny proportions in the cow’s stomach and are largely inactive while the cow is on a diet low in grain.

Historically, when cattle only consumed a few seeds while grazing, the majority of these seeds would pass through the cow’s stomach largely undigested since the grain-processing microbes were so rare and largely inactive.

The grass seed, however, benefited from the journey through the cow’s digestive system because the seed hull was somewhat softened by floating around inside the cow’s juicy fermentation brew inside the rumen, making germination that much easier when the seed finally came out the other end of the cow. And, once that seed hit the ground and started to germinate, it was already surrounded by the perfect fertilizer mix, thereby dramatically increasing the seed’s growth potential.

It was a perfect mutually-beneficial relationship between cattle and grass - grass provided food for cattle in exchange for cattle helping plant the seeds for the next generation of grass.

When grass is the main ingredient, the grass-fermentation process causes the cow’s stomach acidity to remain almost neutral at a pH of 6.4. But when grain becomes a large part of a cow’s diet, the grain-digesting microbes multiply substantially in the cow's stomach. 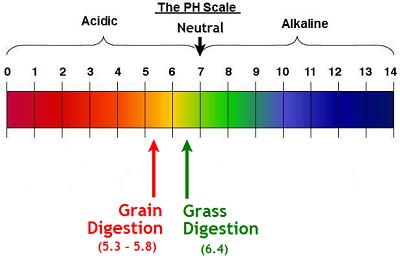 Grain-digestion causes the cow's stomach acidity to increase substantially, to a pH between 5.8 and 5.3.

While a shift from 6.4 to between 5.3 and 5.8 doesn't sound like a lot, remember that the pH scale is logarithmic, not linear (same as an earthquake scale). So a shift from pH 6.4 to pH 5.4 means that the acidity in the cow's stomach increases by 10x as a result of the grain-digesting microbes becoming active!

So, when you fill a cow’s stomach full of grain, the grain-digesting enzymes take over, the acidity increases, the grass-digesting enzymes become increasingly inactive, and consequently very little of the grass that is eaten alongside the grain will actually get digested.

And, when grain is rolled, cracked or crushed to break open the grain’s tough outer hull, this increases the grain-digesting microbes still further (more easily-accessible food for the grain-microbes), thereby raising the stomach acidity even higher and further reducing the activity of the grass-fermentation microbes.

In a typical grain-finishing program in preparation for slaughter, cattle are fed in excess of 6-10 lbs of grain, or more, per animal, per day. The grass, hay, or silage that is fed with the grain is simply acting as roughage (fiber) to slow the grain down long enough in the cow’s digestive tract so the microbes have time to extract the nutrients from the grain before the grain leaves the other end of the cow.

Since cattle evolved on grass-pastures, long before there were combines, grain bins and feedlots, it seems redundant to have grain-digesting microbes living in the cow’s stomach if they aren’t really needed out on the pasture.

However, natural selection rarely allows some trait or feature to survive for many generations unless there is a good reason for it. The grain-digesting microbes in a cow’s stomach are the cow’s insurance policy against drought when nothing but dry, overly mature, nutrient-deficient, sun-bleached plants remain that have all gone to seed. By being able to switch over to grain-digestion, the cow is able to access the concentrated nutrient package stored inside the grass seeds (the grains), thereby improving her chances of surviving the drought long enough for the rain and the fresh grass to return.

Cattle’s ability to digest grain is not nearly as efficient as birds’ ability to digest grain, which have digestive systems specifically adapted to physically crack and grind the seeds to improve nutrient extraction. But as a cow’s emergency stop-gap measure, it’s a very nice backup plan to increase the chances of surviving until the end of the drought season.

Diet affects the type of fat produced by the beef animal 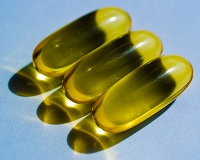 The cow’s diet (grass-dominant or grain-dominant) determines the type of fat in beef.

The fat from a grass-diet is very different from the fat from a grain-diet. Meat raised on a grass diet, (especially the leafy, green bits) is high in omega-3 fatty acids.

Meat raised on a high grain diet (i.e. the seeds of mature plants including corn, barley, oats, etc) is much higher in omega-6 fatty acids and much lower in omega 3 fatty acids.

Since only one set of digestive enzymes can dominate a cow’s stomach at any time - grass-digesting vs. grain-digesting - the nutrients that feed the cow will predominantly come from whatever nutrients are found in grass or in grain, but not both.

It all comes down to the fat.

Omega-3 unsaturated fatty acids are vital to human health, including brain, eye and nerve functions, heart and circulatory health, and to ensure healthy growth and development in children. You can find out more about omega-3 fatty acids at this Wikipedia article link.

Omega-6 unsaturated fatty acids are also an important part of our diets. But while we need some Omega-6 fatty acids, too much omega-6’s are a very bad thing.

Too much omega-6 in a diet has been linked to a wide range of illnesses, such as heart attack, obesity, arthritis, cancer (including breast and prostate cancer), and depression. In lab experiments where cancer tumors were immersed in omega-6 fatty acids, the cancer cells actually increased their growth rate! You can read more about omega-6 fatty acids at this Wikipedia link.

Above all else, it is the ratio of omega-6’s to omega-3’s that matters the most.

Ideally, the overall ratio in the human diet should be less than 4:1 (omega-6 to omega-3). Unfortunately, the typical Western diet has a ratio of well in excess of 10:1(some as high as 30:1 according to Wikipedia!), probably because all the bread, cereals, and cake we eat is made from grain.

Grain fed beef typically has an omega-6 to omega-3 ratio of 4:1, which at first glance would seem to be the ideal ratio. But that's not the only thing we eat. With grain fed beef already at a 4:1 ratio, there is no room for any grains (bread, rice, oatmeal, etc...) in your diet if you want to avoid the unhealthy side-effects of eating too much omega-6’s.

Small wonder then that doctor’s often recommend cutting beef from the diets of cancer patients...

Grassfed beef, on the other hand, has an omega-6 to omega-3 ratio of 2:1. This leaves ample room on the dinner plate for some carbohydrates made from grains without the overall ratio of our diet exceeding the magic 4:1 ratio.

Which begs the question, what if doctors recommended that their cancer patients eat lots of grassfed beef, but cut the grains, breads, and cereals instead?

So... what cattle eat directly affects YOUR health. I know which beef I want on my barbeque...

The liver of a cow or steer on a prolonged high-grain diet will eventually fail because of all the toxins produced during the acidic grain-digestion process. A steer slaughtered at 18-24 months of age would not have survived another year in the feedlot.

But a grassfed beef cow on pasture can live well into her teens, with some cows living into their late 20’s. Just another sign that grain-digestion is an emergency fall-back plan, but that cattle were meant to live ON GRASS.

You can read more about how cattle and grass evolved together and how their rumen is perfectly designed to digest grass in Grass-Fed Cattle, particularly the chapters entitled “The Great Herds and their Grasslands” and “Grass and Grazing”.

to read tips on how to be an informed grassfed beef consumer.