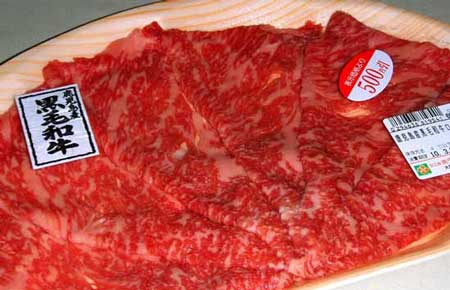 Grass fed meat tenderness and flavor depend on microscopic fat cells within the muscle fibers, NOT on marbling.

Fat is wholly responsible for beef tenderness and flavor. Without fat, beef is dry and has little flavor. This is true for all meat, whether it is grain fed or grass fed beef, and whether it is beef, chicken, lamb, venison, ostrich or alligator.

However, fat comes in several varieties, and they do not all have the same effect on tenderness and flavor.

Marbling (the visible fat streaks and layers in your beef) is actually NOT the important fat. Marbling and external fat crusts on meat cuts may add to the grease in the frying pan, but they are not responsible for the flavor and tenderness of the meat. 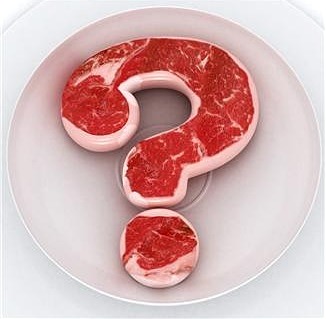 It turns out that the secret to beef tenderness and flavor lies with the microscopic fat cells contained deep within the actual muscle fibers themselves. And they are so small that they are invisible to the naked eye.

In other words, marbling provides a quick and dirty measuring tool to save us from having to do a lab analysis of every cut of beef to measure fat cells that are too small to see with the naked eye.

Let's have a closer look at these microscopic fat cells hidden deep within the beef muscle fibers, because understanding them is absolutely critical to the success of your grass finishing program.

When a calf is born, it has very few fat cells within its muscle fibers. Even if the calf gets very fat at an early age, the fat is stored as large external fat layers, not as microscopic fat deposits within the muscle fibers themselves.

The absence of microscopic intra-muscular fat cells at this young age is why beef from young animals is generally tough and flavorless - it lacks fat where it matters most, within the muscle fibers.

It is only when a calf reaches early adulthood and finishes growing that these fat cells are ready to actually begin filling with fat. This is the 'finishing stage' when beef cattle are fattened in preparation for slaughter.

Understanding that there are distinct stages to the fat development in beef cattle is crucial to a successful cattle finishing program, which is the topic of the next article in this series. Slaughtering before cattle reach this stage, no matter how obese that animal is, will result in dry beef because it lacks fat where it matters most.

Before we move on to rule # 2 in this article series, it is also important to remember that these microscopic fat cells evolved as food storage pouches.

They are a natural survival mechanism that allows an animal to convert excess food supplies into fat, which will be stored until it is needed in order to survive a drought or to supplement poor quality nutrition during a food shortage or long winter.

By tapping into these microscopic fat cells, wild grazing species are able to survive dramatic weight fluctuations over the course of the seasons because they literally allow the animal to survive 'off the fat on its back' when there's a shortage, and then fatten up again on with the return of the next year's grazing season.

This also has huge implications for your cattle finishing program. Since this fat storage system is designed to jump in to make up for food shortages, even little ones that occur on a day to day basis, it's very easy for these fat cells to be temporarily emptied. Slaughtering during or immediately after the cattle have tapped into these fat reserves means the beef will be dry and flavorless, even if the cattle have reached their target slaughter weight. We'll explore this in greater detail in rule # 3.

In the next article in this series (rule # 2), I will show you what it takes to fill these microscopic fat cells during the finishing stage of cattle's lives. And in subsequent articles in this series I will explore some of the subtle obstacles that can interfere with the amount of fat inside these fat cells, robbing the grass fed meat of its tenderness and flavor even if there is still lots of marbling visible on the steak.

Rule # 2 of the Seven Rules of Producing Great Beef