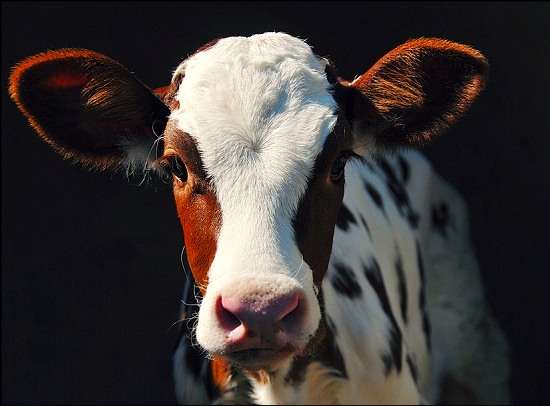 Beef cattle fertility and milk production potential is shaped to a large degree by the body fat levels of your bull and heifer calves during their adolescent sexual development.

What you do in the pasture or feed yard during your cattle's adolescence has as much impact on lifelong fertility and milk production potential as the sum of all the other genetic factors that are normally considered when selecting cattle breeding stock. Too much body fat during the adolescent sexual development stage will prevent your growing cattle from achieving the maximum beef cattle fertility and milk producing potential written into their genetic DNA.

This article is going to focus specifically on the adolescent stage of your young breeding stock's lives - the time when bull and heifer calves are reaching sexual maturity and developing the building blocks of their future fertility. What happens at this critical stage of their lives determines whether their beef cattle fertility will realize its full genetic potential or forever be limited by developmental deficiencies that occurred during adolescence.

Excess fat impairs the development of the reproductive organs

Body fat is important to maintain normal healthy body functions. Insufficient body fat is dangerous and unhealthy. All animals, including your cattle, need to maintain a certain minimum level of body fat to stay healthy. This minimum amount of body fat is identified as a Body Condition Score (BCS) of 5 on the 9-point BCS scale.

There are two important things that develop during the brief adolescent stage in your young cattle's lives:

This developmental stage starts when the calves are approximately 45% of their mature body weight and lasts until they reach approximately 65% of their mature body weight. Once this stage ends (typically around the the time the calves reach 10 months of age), they will no longer develop new intramuscular fat cells and their sexual maturity will be locked in place. What they end up with at the end of this development stage determines the beef cattle fertility that they are stuck with for life.

Likewise, the DNA inside the sexual organs is locked in place once this development stage ends. For example, if insufficient DNA-rich mammary tissue formed during adolescence, the heifer cannot grow additional mammary tissue later in life to boost milk production. An udder full of fat instead of DNA-rich milk producing cell tissue will not produce more milk no matter how plump the udder looks because of the extraneous fat.

The danger of ending up with fat in the wrong places:

Fat absorbs important hormones. And once the hormones have been absorbed by the fat, they become useless - completely incapable of completing tasks in the body for which they were designed.

If your young cattle are too fat during this key adolescent development stage, some of those intramuscular fat cells will form inside the sexual organs and mammary glands where they will absorb (inhibit) important hormones. And those fat cells will remain there forever and continue to cause hormonal problems for the rest of the animal's life.

So, it's all about what body condition score your young heifers and bull calves have during adolescence sexual development.

When heifer calves are too fat during sexual development:

When excess fat cells are formed inside the mammary glands (udders) of heifers during this key developmental stage, their ability to produce milk will be compromised for the rest of their lives.

When bull calves are too fat during sexual development:

Furthermore, the excess fat cells that form in the scrotum will act as an insulator around the testes for the rest of the bull's life, preventing him from regulating the temperature of his sperm.

Sperm cannot survive if the temperature is too hot, so the excess fat around the scrotum leads to lower fertility or in many cases completely destroys the beef cattle fertility of an otherwise perfectly normal looking bull, regardless of the bull's pedigree or genetic potential. This is a dramatic illustration of how often-overlooked environmental factors can completely override the genetic potential of an animal.

(Disclosure: I get commissions for purchases made using Amazon links in my post.)

You can read about the detrimental effect on bull fertility when bull calves are fed in bull feed test stations during this crucial stage of their sexual development in "The Cattle Year on Grass" chapter of my book, Grass-fed Cattle#CommissionsEarned.

The problem with the timing of most conventional calving programs:

While too much fat during adolescent sexual development is a bad thing, once this phase of the young heifers lives it complete, they should then get the absolute best nutrition to prepare for their first breeding season.

But in a conventional early-spring or late-winter calving cycle the cattle breeding season typically is scheduled to start in late spring or early summer, at the beginning instead of at the end of the growing season. This means that the young heifers must fatten up and prepare for their first breeding cycle on stored cattle feed instead of the much more lush, vitamin-rich, and nutritious growing pasture. This puts them at a clear disadvantage compared to heifers that spend all summer on lush growing pastures in advance of a breeding season scheduled to start in the autumn (when summer calving programs breed).

There is a simple, effortless 2-part solution to fixing these timing issues so your young breeding stock have the correct body fat levels during adolescent development and so the heifers have optimal nutrition after this short but crucial phase as they prepare for their first breeding season.

It's all about timing...

The crucial adolescent sexual development stage is a very short stage in your cattle's lives. The date of your calving season determines the time of year when your calves reach this crucial developmental stage.

This timing also ensures that as autumn begins and this crucial development phase approaches, the calves' mothers will naturally slowly begin reducing their milk production in response to the lower cattle nutrition available from the winter pastures. This is a natural survival response that cows use to protect themselves against excessive weight loss during the winter, but it is also Nature's way of protecting the bull calves and heifer calves from being too fat during adolescent sexual development.

Essentially, without any further effort on your part, simply by adjusting your calving season and focusing on managing a safe and effective winter grazing program, you are able to strike the delicate balance between too little and too much body fat during the sexual development of your future cattle breeding stock.

And the beauty of this timing doesn't end there. As I mentioned earlier, this crucial stage in your calves development ends when the calves reach 65% of their mature body weight, right around the time they reach 10 months of age. And, right on cue, this is the time when the next growing season begins. The calves can gorge themselves on lush growing pasture without any risk whatsoever to their future beef cattle fertility or future milk production potential.

In fact, now the fresh grass growth allows them to grow quickly and fatten up as much as possible so they are as prepared as they can possibly be for the upcoming cattle breeding season at the end of the growing season. That's perfect timing.

The image below shows the timing of an ideal summer calving season versus the timing of an early-spring or late-winter calving season. As you can see, even a modest shift in timing dramatically affects the cattle nutrition and consequently the body fat levels of your growing future breeding stock during their adolescent sexual development stage, which will have lifelong consequences to their beef cattle fertility.

Timing is everything. Summer calving synchronizes grass quality and quantitiy with the ideal nutritional needs of adolescent cattle. (click to see a larger version of the chart)

Other powerful ways to use timing your advantage.

Body condition during adolescent sexual development is just one of the many innovative ways that you can make dramatic changes to beef cattle fertility, simply through using timing to your advantage.

"The Cattle Year on Grass" chapter of my book Grass-fed Cattle also shows you how timing can take advantage of powerful effect that photo-period (hours of daylight) has on conception rates during breeding season.

This important chapter also discusses how the timing of the calving season can dramatically improve calf survival rates during calving season, significantly increase the number of unassisted births on your farm, and vaporize the majority of your post-calving disease pressures, all while reducing your workload. Timing really is everything!

What are your favorite strategies for improving the fertility of your young heifer and bull calves?

What innovative strategies do you use to improve beef cattle fertility on your farm? What challenges do you face in your breeding herd?

Share your comments or ask your questions in the comments section below. And if you enjoyed this article, please share it with your friends using the social media buttons below!